Mantua is one the most beautiful and visited city in Italy and it has been selected as the Italian capital of culture 2016. There are many things to do, such as visiting palaces, museums, churches and  famous squares. This city was declared by the UNESCO as a World Heritage Site, for its architectural and artistic side.

If you are planning to come in Italy, you can’t miss the chance to come and visit Mantua, historic city famous for its culture and local food, such as “Tortelli di Zucca”, very famous everywhere in the world.

Once arrived, the first thing you’ll notice is the San Giorgio Castel, built in the late 1300’s, well known for its 4 towers (where in one of the towers there’s the Bridal Chamber or Camera Picta, painted by the famous artist Andrea Mantegna).

Next to the Castle is the Palazzo Ducale, which overlooks Piazza Sordello, which was the scene of many battles in the past.

In the same square, you will find the Mantua Cathedral (Cathedral of St. Peter), built in the thirteenth century and renovated by Giulio Romano in the mid-1500s; then the Bishop’s Palace, which was since 1823 the episcopal palace, and Bonacolsi Palace also named as Palazzo Castiglioni.

Continuing towards the center of Mantua, passed the Arc, which separates Via Cavour from Piazza Sordello, you will be in Via Accademia, where the famous Bibiena Theatre is, built in 1767 by order by Maria Theresa of Austria, and inaugurated by Wolfgang A. Mozart when he was not yet 14 years old.

Once in Piazza Broletto, you will find the famous Palazzo del Podesta, built at the end of 1200.

Continuing we arrive in Piazza Erbe, where you can admire the Palazzo della Ragione, built in the mid 1200s, the Clock Tower and the famous Rotonda di San Lorenzo, which is the oldest church in Mantua (dating to 1082); very famous for its shape with a circular base, built on the model of the Holy Sepulchre in Jerusalem.

In front of the Clock Tower you will see the the Basilica of St Andrea, with its majestic Gothic bell tower. Inside the Basilica, in the chapel of St. Longinus, the sacred vessels are kept, exhibited to the public only Easter time.

From here, along Via Cavour, you can lean out to the Canossa Palace and then to Piazza d’Arco, with its respective importance of the eighteenth-century palaces.

From the historic center of Mantua, heading towards the Palazzo Te, you’ll find halfway another very important church: the Church of San Sebastiano, designed by the famous Leon Battista Alberti in 1460. Then you will find Palazzo San Sebastiano, which was the residence of Francesco II Gonzaga, which today it is a museum.

Less than a hundred meters away, then the famous Palazzo Te, built shortly before the middle of 1500, by Giulio Romano commissioned by Federico II Gonzaga. Inside, you will visit the famous Sala dei Cavalli and Sala dei Giganti, which is impressive.

A few steps away from our farm resort, stands the largest wood of the Po Valley, “Bosco della Fontana”, with a castle inside built in the 1500; at the time, it was the Gonzaga’s hunting reserve.

From our house, it is just 5 minutes walking.

From our farm to the north, towards Lake Garda, just a 10 minute drive you can visit the morainic hills, with beautiful landscapes, vineyards and medieval villages, such as Castellaro Lagusello, Volta Mantovana, Monzambano and Solferino. Not to be missed is a visit to Borghetto sul Mincio, one of the oldest villages of Italy, near Valeggio sul Mincio, where you could find also the Parco Sigurtà.

From here you can easily reach the south shore of Lake Garda, with its famous points of interest as Sirmione, Desenzano, Peschiera and Lazise. We are also very close to Gardaland, the biggest amusement park in Italy.

Mantua is also particularly close to Verona, easily accessible being only 30 minutes by car, where Romeo and Juliet are waiting for you! 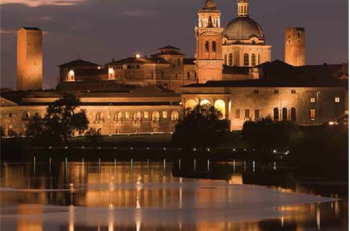 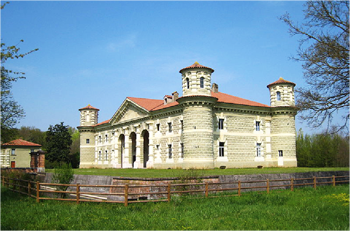 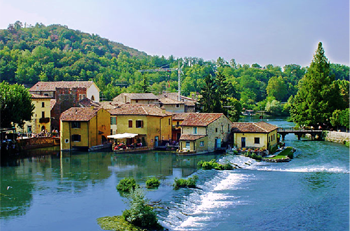 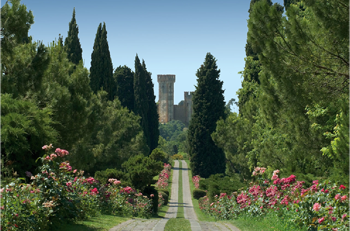 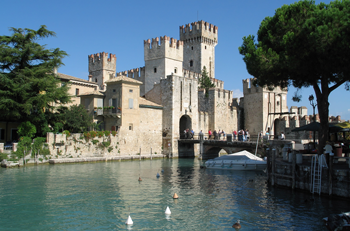 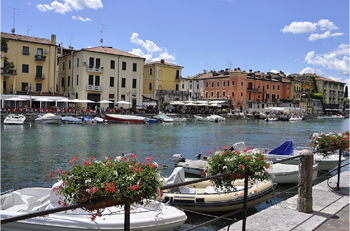